How can we help you today?

How to Troubleshoot Your EKM Push System Print

If you're having trouble seeing your EKM Push data in Encompass, the Widget, or EKM Dash you will need to troubleshoot the reason why. 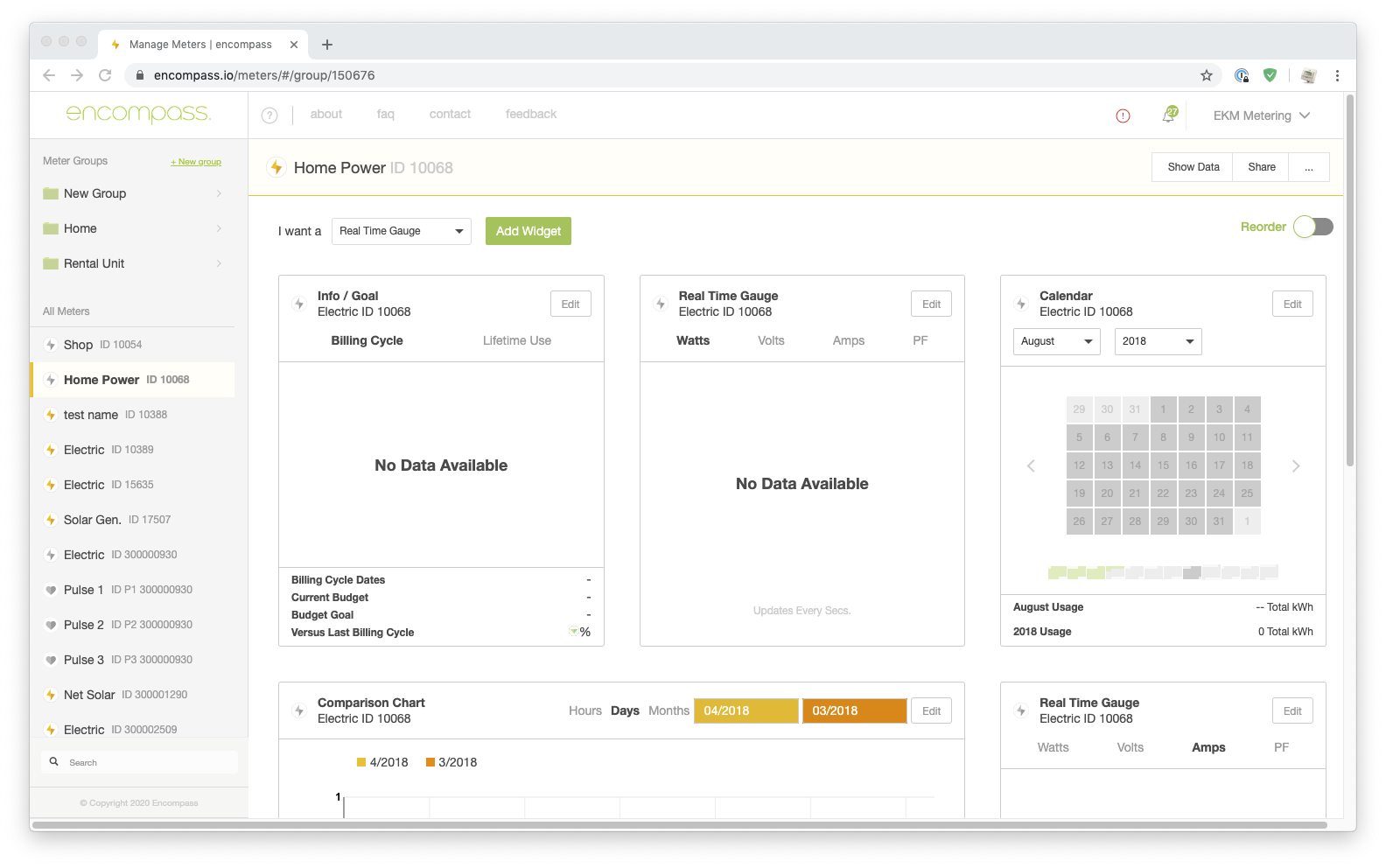 Here are the most common reasons why Push data is not available:

How to diagnose what the problem is while in the field by looking at the LED lights on the EKM Push gateway:

After being plugged in the EKM Push gateway has a startup sequence that take about 4 minutes. The LED lights will blink during startup but you can disregard them while this is happening. After about 4 minutes the EKM Push will connect to the internet and begin to try to read your meter(s), unless it finds a new firmware update is available. In that case it will download and install the firmware update, which can take up to 20 minutes.

The LED lights can tell you if your meter(s) are being read successfully or not. Push3 LED Lights: 1 (closest to board edge), 2, 3 — from left to right on the EKM Push gateway.

When everything is setup properly the power light should be green, the internet LED should be blinking green (if connected to the internet) and the RS-485 LED should be blinking green relatively quickly. You may see occasional red blinks on the RS-485 LED when reads fail. Occasional failed reads is to be expected and is not a problem. This will happen more when reading via 485Bee radios.


How to diagnose what the problem is by looking at your data via the New Account Portal:

Once you have registered you will be able to see the status of all of your meters and EKM Push gateways in your account portal.

How to diagnose what the problem is by looking at your data via the new Real-Time API:

You can also look at the data returned by our new API to diagnose the cause of data issues. Here is an example API call that should return good data: https://api.ekmpush.com/readMeter?key=MTAxMDoyMDIw&cnt=10&format=html&timezone=America~Los_Angeles&meters=000000017507

How to diagnose what the problem is by looking at your data via the legacy Real-Time API:

Use the API link for your meter that was included in the Push email that was sent to you when you purchased the EKM Push gateway. Use it to try and look at your raw data. What you see will tell you how to proceed. Here is an example API call:

Did you find it helpful? Yes No

Send feedback
Sorry we couldn't be helpful. Help us improve this article with your feedback.